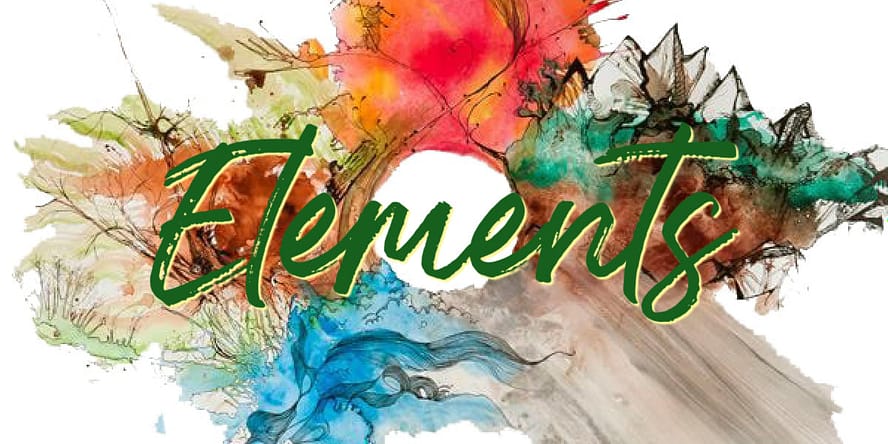 In Classical Greece, where philosophy, physics, and religion were indivisible, our ancestors believed that all material existence in the Universe was divided into five separate elements. These were the elements of Air, Fire, Water, and Earth. The fifth was variously postulated as “Love, Ether or Quintessence.” Various cultures have at different times marked similar distinctions between the elements of life.

Today, Wiccans (Witches) honor the five sacred elements of which the Universe is composed: Air, Fire, Water, Earth, and Spirit. You often experience (hear out loud) the four of Air, Fire, Water, and Earth, but not so often do you hear or, better yet, see a place within the circle symbolized which is the Fifth element of Spirit (or the Web that binds all).

Now, when using the elements, we often assume and visualize the elements within our basic understanding, such as Air being the gas we breath, Fire as the flame, Water as H2O, and Earth as the rock or soil beneath our feet; but the fifth element of Spirit is often not addressed outright but is regardless whether we speak of it out loud as Spirit is there, its the Web that bonds everything we do, holds the energy created together and connects our work with all creation (each other). Let me give a simple example as I see the use of the elements.

I will use the Tree as my example, being that I connect more so with the green realm personally. A tree, for example, is composed of Earth (soil, plant matter), Water (sap and tapped moisture), Fire (photosynthesis and the heat that initiates growth and regeneration), Air (it creates oxygen from carbon dioxide).

Now, where does the fifth element come to play? Spirit, which connects all things, causes the first four elements to conjoin in particular proportions and forms to produce life and the Universe as we experience it (rebirth, re-creation, or reincarnation, think on this). Spirit is the sacred weaver of the elements and as “the connection” (our higher selves, Deity) is, along with the other four, an equal cause and part of the Universe.

It is also the great Web of life that joins all beings to each other; for those that have met with me in past study groups, we have spoken on this concept and connected it with each of the areas we have dissected. I know that I may be diving a little more into a philosophical approach, but by understanding Spirit as the fifth element we connect with the concept that gives us a better understanding of how all the elements come together and how they are connected to all; the mysteries of why and how.