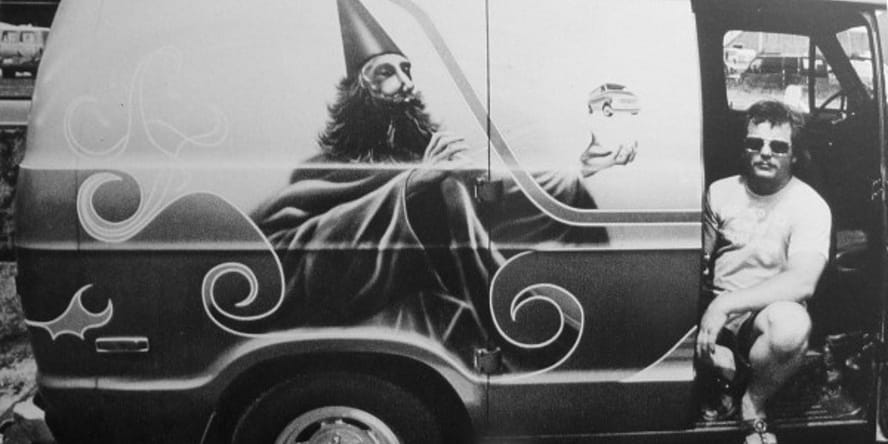 Wants to be a Wizard: Can I do magic?

Animist: Yes, of course. Everyone can. You are doing it right now, as you live and breath and talk with me.

Wants to be a Wizard: No, real magic.

Animist: If by real magic you mean make things move around or fly, sure.

Wants to be a Wizard: So I can fly?

Wants to be a Wizard: Very funny. I’m serious, though. I mean doing something that can’t be explained.

Animist: When I said, “You are doing it right now,” I was serious, too. We know a lot about human physiology, but there are still huge mysteries at the lowest levels. The same is true of forces we take for granted, like gravity and electricity. Nobody on the planet, not even the most advanced scientists, really know exactly what those things are. We know a lot about what they do and how to use them, but what they really are is still a lot of guessing. So, though we have made huge advances in genetics, in understanding how cells convert energy into sugar and back again, and in figuring out how specific living organisms function, we still don’t know exactly what “life” is. We know less about being alive than we do about magnetism, and we don’t really know what that is either.

Wants to be a Wizard: So, me just sitting here breathing is magic?

Animist: Yes, and formulating and asking that question is even more magical. The number of things we don’t understand that had to happen within you for you to ask that question is staggering.

Wants to be a Wizard: Fine, so it’s all magic. Got it. But you know what I am really asking.

Animist: Yes, I think I do.

Wants to be a Wizard: Well?

Animist: I am actually not sure how to answer this without sounding like a loony.

Wants to be a Wizard: Go ahead. No judgement here. I promise.

Animist: So I don’t actually know what might be possible. I know what I want to believe, though. One way to say it is that I think the universe is full of wiggle room. I think we can affect the world around us in unexpected and difficult to quantify ways. A recent study on coin flipping drew a small correlation between the side of the coin that was up before the flip. In other words, when many people flip many coins, there was a slight statistical leaning towards the last side of the coin they looked at. The difference was small, but very consistent. An important point is that there was just a correlation, with no proof that the person seeing that side last actually had anything to do with the surprising result. It should be noted that this was not the point of the study, either. The test subjects were not instructed to attempt to affect the outcome with their minds, or any such silliness. It just happened that way.

Wants to be a Wizard: So you think you can affect the universe, just a little bit, with the power of your mind.

Animist: Not exactly. What I believe is actually more grandiose. I think everything in the universe can be affected by everything else in the universe in many ways, including some science can’t yet explain, and may never explain. The coin toss study is just an example.

Wants to be a Wizard: So, no flying for me.

Animist: Maybe, but I don’t know how to do it. Unless you figure out a way to hide from gravity and dampen inertia, the forces involved to lift and move you around up in the sky far exceed the wiggle room that I believe exists in our universe. Still, we don’t really understand what either of those things really are, so time will tell.

Wants to be a Wizard: You keep mentioning “wiggle room”. What’s that, exactly?

Animist: That is hard to put in a sentence, so settle in… I am talking about the slightly fuzzy area between everything we know and understand, and what actually is. The concept is based on the fact that our universe is mostly filled with assumptions. So, there was a time when everyone knew light traveled instantaneously. We know now that it travels at 300 million meters every second. Though that is truly fast, it’s infinitely slower than instantaneous. So, the difference between what we knew, light travels instantaneously, and what actually is, that light travels at 300 million meters/second, was wiggle room. Any tests or experiments that showed light traveling slower than instantaneously were met with well deserved scepticism, with increasingly complex and convoluted explanations made for the discrepancy. Relativity, quantum physics, and a host of other theories and concepts that have yet to be dreamed, fine tune what we know, changing wiggle room into science.

Wants to be a Wizard: So, how do I use this wiggle room to make magic?

Animist: The traditional path in western society is science, a carefully organized process of prediction and testing, with rejection of accepted wisdom considered a virtue. Of course, even the scientific method itself is theoretical. Most scientists, similar to the rest of us humans, have a tendency to revere existing beliefs, accepting new ideas only by general consensus throughout the scientific community. This works out well since most new ideas are rubbish, so we save a lot of time by limiting how much effort we put into unproven ideas. In general, due to its rigorous nature and careful approach, science is the most effective way we have found so far to create new wisdom.

Wants to be a Wizard: So, I should become a scientist?

Wants to be a Wizard: Will there be math?

Wants to be a Wizard: So, what is another way to make magic?

Animist: If you can’t be a scientist, teasing new wisdom from the complexity of our universe, you could go in the opposite direction, studying tried and true ancient practices to gain wisdom that is anything but new. Eastern civilization is probably a good place to start. They have a written tradition going back over 6,000 years. In 6,000 years you can put together a huge amount of wisdom, no matter how inefficient the process might seem. While modern science is still just touching the surface on the affects various organic compounds have on us, ancient texts provide over 100,000 ready-to-use medicinal recipes. For a huge percentage of these, their effects are well accepted in various communities based on hundreds or even thousands of years of uninterrupted use, even though they have not yet been tested and classified for modern medicine.

Wants to be a Wizard: That sounds like a lot of studying and reading.

Wants to be a Wizard: Reading makes me sleepy.

Animist: Yes. OK. Then there is acupuncture, reflexology, astrology and hundreds of other ancient traditions that still live in the wiggle room.

Wants to be a Wizard: Astrology?

Wants to be a Wizard: Math?

Wants to be a Wizard: Is there anything else?

Animist: Let me get this straight. You want to learn magic, but without reading or math?

Wants to be a Wizard: Yes.

Animist: Have you tried body english?

Wants to be a Wizard: What?

Animist: “English” is a billiards term. It refers to hitting the ball off-center, causing it to spin as it travels. The results can look amazing, with the cue ball executing a smooth curve to scoot around one ball in order to hit another that was behind it. “Body English” refers to the attempt to change the path of a ball already in motion just by leaning your body. Though most people “know” that simply leaning to one side or the other will have no effect on a ball already in motion, almost everyone has tried it anyway, often without even being aware of it. The same technique is used to keep a tennis ball inbounds, or to make a field goal attempt pass between the posts. Though we “know” it can’t work, we all unconsciously try it everyday on stop lights, grocery store lines, and baseballs, constantly trying to make the entire world around us act more to our liking.

Wants to be a Wizard: So it doesn’t work?

Animist: Maybe it does, maybe it doesn’t. Remember the coin flipping study? I think that after hundreds of flips, some people might begin to connect with the coin on some level, and their affinity for the side they stare at before the flip is having an effect. I think the magic is finding that connection, effectively becoming one with the object of your attention. Single minded focus, gathering and concentrating your will, then connecting with the object of your intention somehow in the wiggle room of our universe, these are the most basic elements of all effective spell work, prayer and golf.

Wants to be a Wizard: So, you just have to want something really bad, and you can make it happen.

Animist: Not likely. The techniques for real focus and concentration are difficult, taking years of training and practice to master. And even more difficult is the concept of connecting, becoming one with the object of your intentions, and melding your intentions with it. In other words, you are not “making” things happen. It might better be described as establishing a rapport with the forces in play, creating a shared interest with those forces. And the process has to be a two-way street, where your own intent is swayed in return.

Wants to be a Wizard: That sounds like a lot of work for such a small reward.

Animist: I don’t think so. Small changes in just the right place and time can have a huge effect. And by really connecting with everything around you, your own desires and needs begin to change, ceasing to always be at odds with your environment. You gain not only more power to change your world, but at the same time you gain acceptance of things you cannot change, maybe even satisfaction and joy from those things.

Wants to be a Wizard: And if I really want to fly?

Animist: You should probably become a scientist. You might start with quantum locking. You’ll need a crystal sapphire wafer, some yttrium barium copper oxide, some liquid nitrogen, a really big magnet and a strong grasp of materials science, ceramics engineering and graduate-level physics.

Wants to be a Wizard: Any other ways to make magic?

Animist: Probably as many as there are stars in the universe, but I think one basic rule applies to all of them.  You can think of it as the magic word: TINSTAAFL.

Wants to be a Wizard: What?

Animist: There is no such thing as a free lunch.