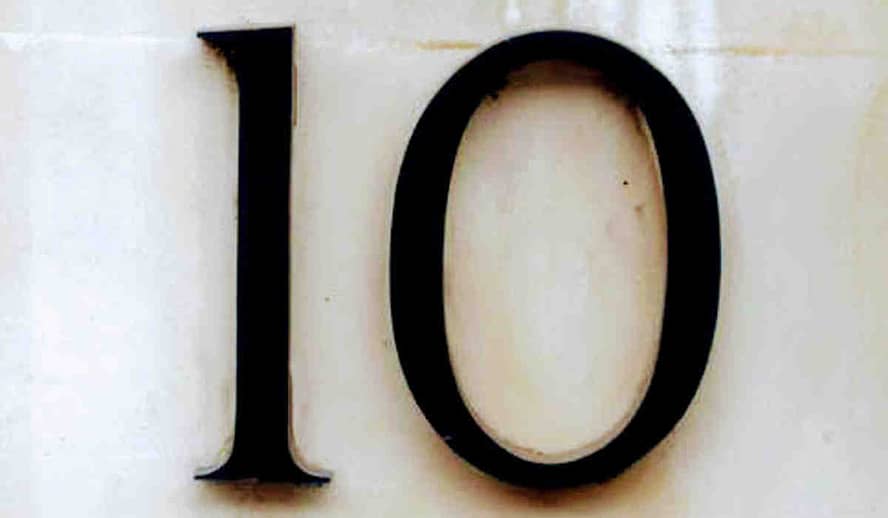 The Sumerians, the ancient people we like to blame everything on, used base 12. Instead of using both hands to count to 10, they counted each segment of the fingers on one hand with their thumb, counting all the way to 12 on just one hand. Then they held up fingers on their other hand to count up to 5 iterations of counting to 12 on the first hand, counting all the way to 60 on two hands. The Babylonians copied that and then invented time. Well, not time, but our current system of measuring time, with lots of 12’s and 60’s in it.

Twelve is a fantastic and highly composite number, it’s fabulousness only exceeded by 60. Base 60 even has the best name ever, “Sexagesimal”. Ten, on the other hand, is a real dud. Half of 10 is 5, but a 4th is fractional. And a 3rd and a 6th are not even finite decimals. So, why do we struggle along with such an inferior base? Zero, that’s why. Though the Sumerians and Babylonians picked much cooler base numbers, they never thought of having a symbol for zero. That means that to go higher than 12 or 60, they had to start counting toes and elbows and knees, and eventually they ran out of bits to count at around 360. Anything bigger than 360 was just “beyond measure”.

Zero is the Magic Number

The beauty of the new stacking “0” symbol is that it works for any base, including 12 or 60. Unfortunately for us, the truly inspired Hindu-Arabic folks that invented zero and our current number symbols somewhere around 500 A.D. did not use the better bases from the Sumerians and Babylonians who lived about 3000 years before their time. The thing to remember is that their world was much bigger while time was much shorter. Traveling beyond your own town, let alone to other countries and continents, was extremely rare. And for most, learning about history meant asking your grandparents. They just didn’t even know the Sumerians existed, and had long ago lost the source of time and degree notations the Babylonians handed down.

How did we get Here from There?

Now here we are, with a numbering system that is a fabulous combination of brilliance and ignorance, plan and accident. Is this a nice metaphor for all that is, and all that we take for granted, a world built on arbitrary happenstance rather than natural law? How do we know what we don’t know or see what we aren’t looking for? Maybe I go too far, but if counting to ten is not made of bedrock, what is? Can truth truly be just a matter of perspective? I hope not, but I’m not sure. And maybe, just maybe, “not sure” is the best place to be.

Are you a geek, too? Here is some fun reading: