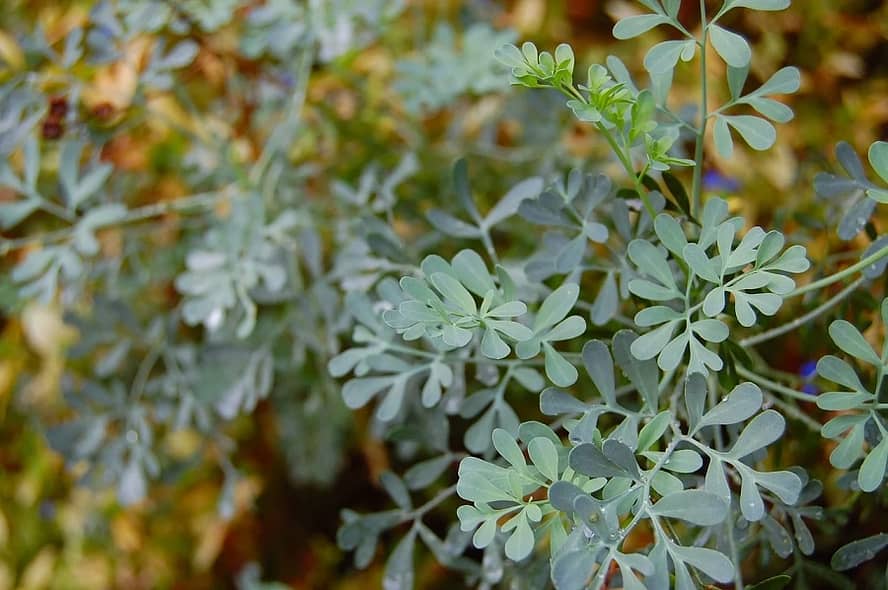 Description:  A perennial native to southern Europe and northern Africa, Rue is a somewhat shrubby evergreen. It has bluish green leaves, emits a powerful odor, and has a bitter and acidic taste. Its yellow flowers bloom from June through September

Lore: The name Rue comes from the genus name ruta, which comes from the Greek work reuo, which translates to “set free”.  In ancient times it became linked to sorrow and remorse, as well as known for being a protective herb against hostile magic, according to Aristotle. Also having a reputation as a medicinal herb as well as an aphrodisiac, the herb was used in Europe for love and fertility charms. Doctors during the bubonic plague thought that rue could help fight against it, and would wear sachets of the herb around their necks.

Safety: Rue can be poisonous in large doses and should never be used during pregnancy or nursing. Do not use it internally if you are using blood thinning medications. Rue can also cause a skin rash on sensitive skin.

Medical uses:
***DISCLAIMER: DO NOT USE IF PREGNANT. DO NOT USE INTERNALLY IF TAKING BLOOD THINNER MEDICINE. Do not use as a substitute for actual medicine. Please talk to your doctor before use.***