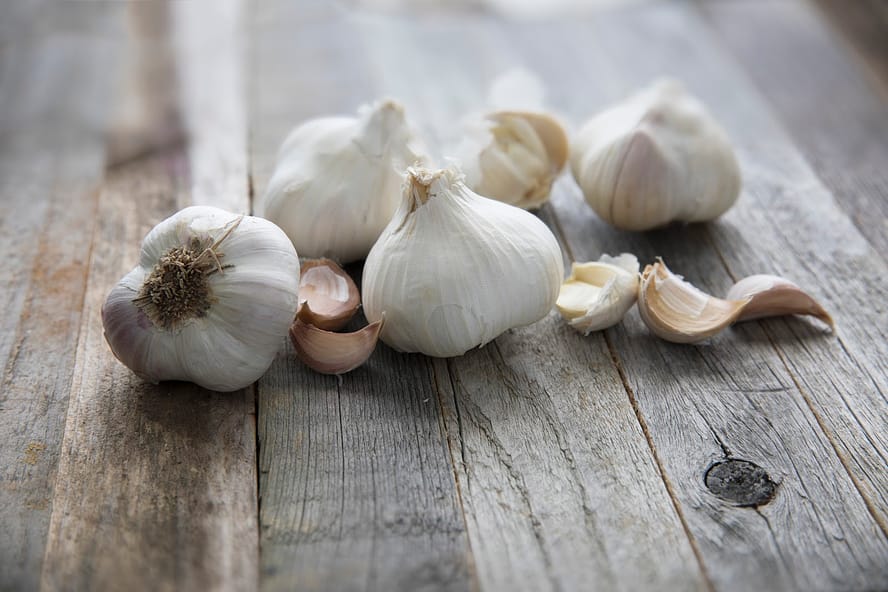 Description:   Garlic is closely related to onions, shallots, leeks, and chives, and is part of the onion genus, Allium. It is thought to have started out as a wild onion in Siberia, but has now grown into its own across the world for its fragrance and flavor. It is a tall perennial plant that grows 3 feet in height, and has solid, flat leaves. In the Northern Hemisphere, the plant will flower between July and September.

Lore:  Since ancient times, garlic has been believed to have protective power against hostile magic and malignant spirits. It has also been used as an aphrodisiac in ancient Egypt. Its use has been widely documented in other major civilizations, including Babylonians, Greeks, Roman, and Chinese. The original Olympic athletes were given garlic, possibly the earliest known use of “performance enhancing” in sports.

Safety: Concentrated forms, such as capsule, should not be digested by anyone who is pregnant or nursing

Medical uses:
***DISCLAIMER: Do not use as a substitute for actual medicine. Please talk to your doctor before use.***