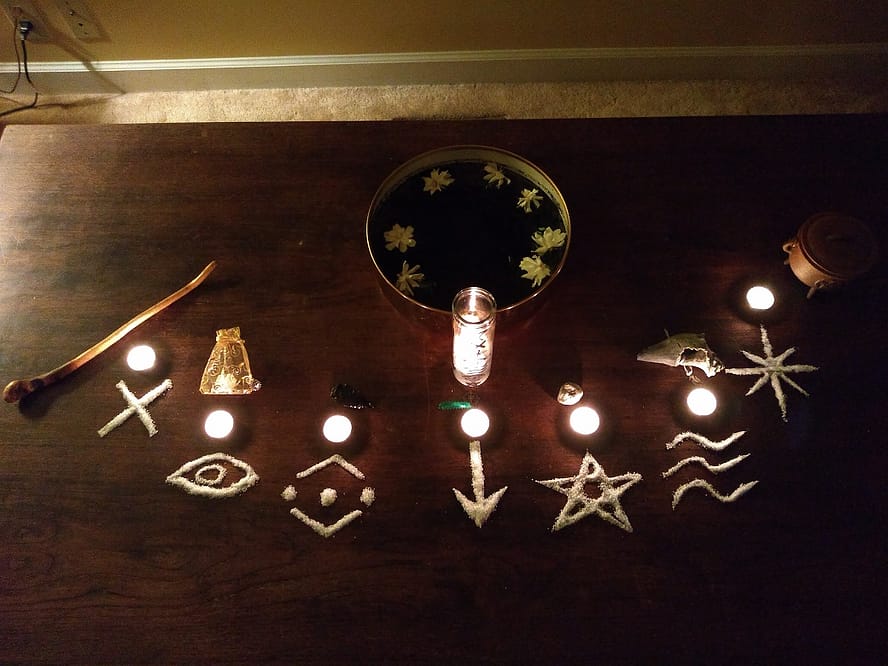 During the Dark Moon ritual on June 21st of 2020, I placed gardenia blossoms to float in a ceremonial bowl in honor of the Black lives who have died in racially-motivated violence and incidents of police brutality:

“Each life unjustly taken from this world is a flower untimely plucked. If we had one for every soul lost to racial injustice and hatred, we would have a garden to rival that of a thousand kings and queens.”

Times being what they are given a global pandemic in full swing, my primary reasoning for using gardenia blossoms in this ritual was, quite simply, that they were what were blooming in abundance in my garden at the time. However, I often find that re-examining elements of a ritual that came together by chance can offer a greater insight into magical symbology. So, I dug deeper into the significance of the gardenia in floristry and magic. Here’s what I found.

Trust is vital to democracy—if the people cannot trust their government, they cannot trust to be safe in their day-to-day lives. We must rebuild trust among ourselves as fellow citizens, and we must work to build a government deserving of our trust.

Hope is in sorrowfully short supply these days. Yet the actions of everyday citizens fighting against systemic injustice brings us hope. Their struggle reminds us that the deaths that system has caused cannot be in vain—we must honor them by instilling hope in our fellows among all humankind.

Purity is a notion which reminds us that while every person is imperfect (and that should always be a reflection we impose upon ourselves before we do so upon any other), we live in a society where we trust that all people are innocent until proven guilty in a court of law. We are charged with placing the mantle of purity upon the accused until they receive a fair trial. The killing of citizens in police custody is an affront to purity, and to the rule of law.

Clarity is much needed in these times. It is a cruel truth that tragedy is sometimes the only gateway to clarity of mind and conscience. The deaths of citizens of color at the hands of law enforcement has given many of us a clarity about the hard truths of the world to which we might have previously blinded ourselves. To embrace that clarity of truth is to honor those untimely deaths.

The gardenia also has numerological associations with the number 8—in tarot, also the number of the Strength card. May our anger at the unwilling and untimely sacrifices of the fallen give us strength to ensure that these mistakes are never repeated again.