See you in Valhalla.”

These were the last words written by the coward in New Zealand who brought weapons into a place of worship and slaughtered 49 innocent people seeking peace and enlightenment with the god of their calling.

Heathenry has a torrid history. Heathen gods are gods of war, first and foremost. There are many stories of Odin feeling bored, stirring up trouble between tribes, and watching the soldiers go at each other.

But they were soldiers—they were on a battlefield, and they knew the risk of kill-or-be-killed before they went to that battlefield.

While the Heathen gods are gods of war, they are also much more than that. Odin: god of war, poetry, death, and magic. Thor: god of war, truth, hard work, fertility, and family. Tyr: god of war, justice, and honor.

The ancient Northern people, in their time and place, were just as ruthless and violent as the knights of the Inquisition. They were also considerate to their neighbors and held hospitality for their fellow man above all other niceties. One could not just walk up and murder another without cause. Judgement was for the tribe to decide at the Thing, not for one person to decide on his own. Murder was not accepted.

The ancient Northern people were also skilled travelers and not only took, then settled, land as far west as Canada and as far east as Russia. They were also known to travel and trade on the silk highway. They were skilled with intercultural workings. They knew how to learn and grow from those who were different.

The coward who claims he will be seated in Valhalla has broken hospitality. He has murdered innocents. He has made himself judge and executioner.

I don’t pretend to speak for the gods. Anthropologically speaking, however, he has gone against every moral code of the ancient ancestors upon which modern Heathens base their practice.

Just as ancient Northern people were skilled with intercultural exchanges, modern Heathenry is evolving. The majority of the Heathen community does not condone or endorse this kind of blind hatred. The vast majority of modern Heathens believes in gods of heritage, yes, but also gods of calling. May all those who are called by the Heathen gods come to our shared table prepared for intercultural dialogue.

For ways to help our Islamic friends and neighbors, please contact the Islamic Association of Raleigh. 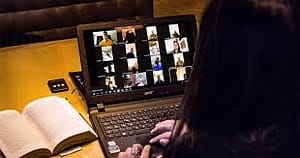