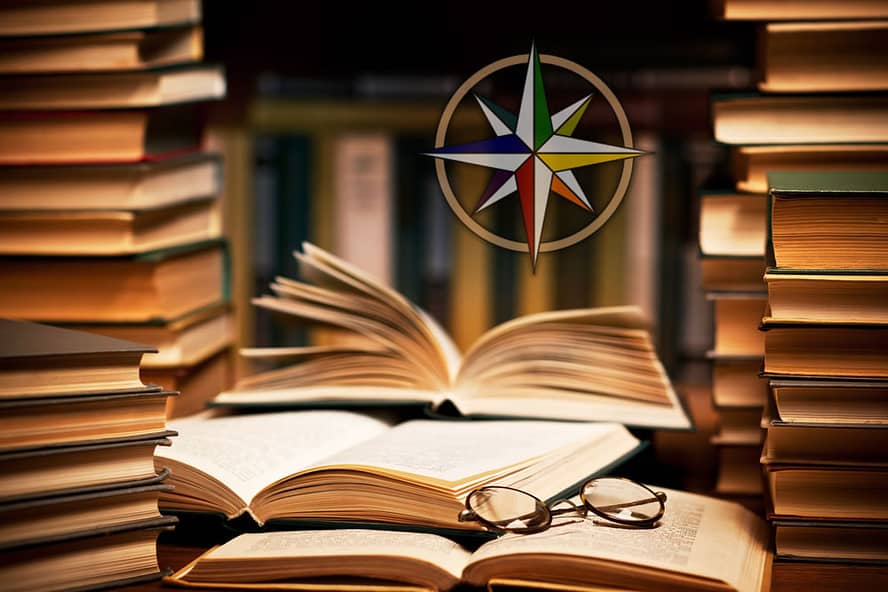 We had 22 books submitted for this article. Here are the first 11, and the next newsletter will have the others. Thanks to Brittany, Courtney, Heather, Kristen, Jason, Liz, Richard, Roberta, SJ, and Stephanie for their contributions. (Bonus Round: See if you can guess who recommended which book!)

The Alchemist, by Paulo Coelho: The mystical story of Santiago, an Andalusian shepherd boy who yearns to travel in search of a worldly treasure. His quest will lead him to riches far different—and far more satisfying—than he ever imagined. Santiago’s journey teaches us about the essential wisdom of listening to our hearts, of recognizing opportunity and learning to read the omens strewn along life’s path, and, most importantly, to follow our dreams. (Description from GoodReads.com)

Blackbird House, by Alice Hoffman: A brilliant short story collection that also reads cleverly as an interlocking weave-of-wyrd kind of novel is one of Alice Hoffman’s best.

The Chronicles of Prydain, by Lloyd Alexander: This five-book series got the Disney treatment in the 1985 animated film The Black Cauldron. Cliche as it sounds, the books were far, far better (and there are rumors of a live-action reboot that’s more faithful to the books being in the makings). Written for a young-adult audience, these novels draw heavily upon the geography and mythology of Wales, although it’s important to note that they’re not direct retellings—the essential natures of many well-known characters are greatly altered from their portrayal in the Mabinogion and other texts.

Circe, by Mandelin Miller: In the house of Helios, god of the sun and mightiest of the Titans, a daughter is born. But Circe is a strange child—not powerful, like her father, nor viciously alluring like her mother. Turning to the world of mortals for companionship, she discovers that she does possess power—the power of witchcraft, which can transform rivals into monsters and menace the gods themselves. Threatened, Zeus banishes her to a deserted island, where she hones her occult craft, tames wild beasts and crosses paths with many of the most famous figures in all of mythology, including the Minotaur, Daedalus and his doomed son Icarus, the murderous Medea, and, of course, wily Odysseus. But there is danger, too, for a woman who stands alone, and Circe unwittingly draws the wrath of both men and gods, ultimately finding herself pitted against one of the most terrifying and vengeful of the Olympians. To protect what she loves most, Circe must summon all her strength and choose, once and for all, whether she belongs with the gods she is born from, or the mortals she has come to love.

Daggerspell of the Deverry series, by Katharine Kerr: This was the book that started me down the road of fantasy novels. I think that I’ve read this one over 20 times. It’s about a young man who is studying magic, and through mistakes that he makes in his personal life, he loses the woman he loves. Bereaved, he vows to walk the earth until he can make amends. The Powers That Be hear his vow, and because she was just as strong in magic as he, her death was a great loss to the world. So they accept, with a caveat; he will not die until he finds her reincarnated, and brings her to the path of magic. Of course, it was not stated how many reincarnations it would take for him to complete his quest….

Dark Witch (Book One of the Cousins O’Dwyer Trilogy), by Nora Roberts: The descendants of the Dark Witch must fight the nemesis that their ancestor could not quite banish. This story is set in Ireland (sigh) and involves an American meeting her cousins. They have a lot to teach her before they can fulfill their destiny. It has familiars and smoochy bits.

Daughter of a Thousand Years, by Amalia Carosella: I’m not too far into it yet, but so far it’s good. It switches times from a young tribal princess who is Erik the Red’s daughter and her 2000s reincarnation. The reincarnation is on a journey of self-discovery of her roots including Thor worship and following her own path.

The Death Gate Cycle, by Margaret Weis & Tracy Hickman: Long ago, war raged between two races of magic-users—the Sartan and the Patryn. The Sartan attempted to end the conflict by sundering the Earth into four elemental realms, and imprisoning the Patryns in a fifth prison world—the Labyrinth. The Sartan took up stewardship of the elemental realms, but soon mysteriously lost contact with each other and disappeared. The books pick up centuries later as a Patryn agent who has escaped the Labyrinth scouts the elemental worlds in preparation for his master’s conquest. This is a fantasy series spanning seven 300+ page novels, so it’s a heavy investment—but there’s a lot of good lessons in here about being mindful of your intent when practicing magic…and also being aware of the consequences of the workings you do.

The Elvenbane, by Andre Norton and Mercedes Lackey: An illegal half-human and half-elf raised by a dragon? You might say Shana is special and she has some destiny to fulfill!

A Familiar Tale, by Delia James: This is the first in the Witch’s Cat Cozy Mystery series. Annabelle Britton’s life has gone kablooie, and she decides a change would do her good. She moves to Portsmouth, New Hampshire and is befriended by her soon to be familiar, Alistair. He helps her find an enchanted place to live and some Very Interesting friends who have some Very Interesting things to teach her. I enjoyed this because it is a light, fun read with accurate witchy bits.