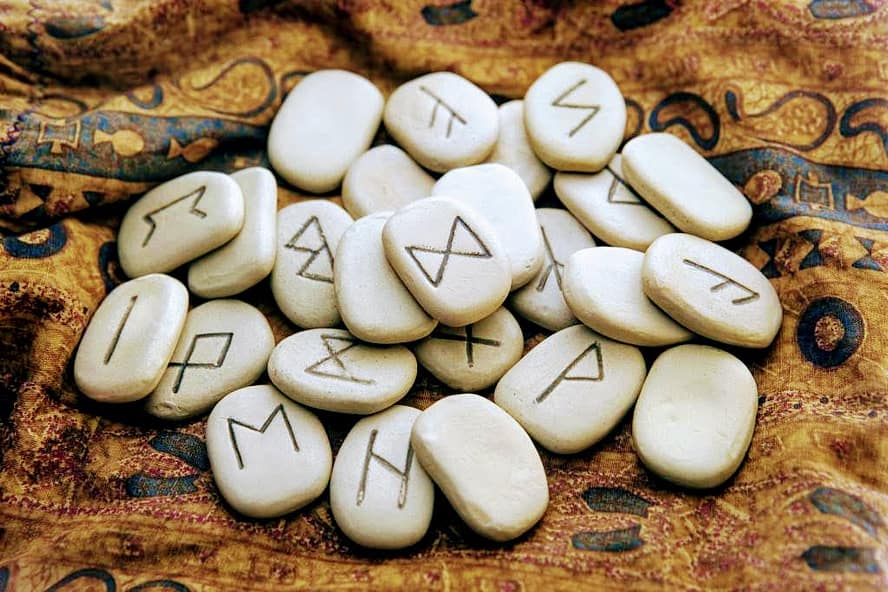 This piece is a recurring runic exploration. It is a culmination of study from Taking Up the Runes by Diana L. Paxson (1), A Practical Guide to The Runes by Lisa Peschel (2), and Runes, Alphabet of Mystery, available at http://www.sunnyway.com/runes/index.html (3).
Jera (YARH-a) literally means year (1). I have chosen to share it this quarter as we have just passed Samhain, the Witches’ New Year. In old Germanic, it refers to the harvest season (1). Jera is a rune for celebration and joy, with deep meaning connected to the 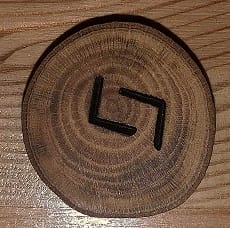 fruitfulness of one’s work and being able to successfully reap what has been sown.

Modern Pagans look at cycles in nature and patterns of time, and Jera is a model of those patterns that we seek (1). Spiritual development progresses along these cycles—one returns to a topic on which study has been done and growth has been made, and now the student is able to go deeper still into that area, allowing for greater understanding and even more skills to be gained (1). This rune reminds us that everything will come to pass in its own time (3), and that enlightenment is a spiral—not a straight line (1).

Jera is also, as a rune of time, sacred to the Norns. For ancient Northmen, the year was divided into two halves, the dark and the light, and a good year was when all that needed to be accomplished in each half was done and thus the cycle of time was complete and the blessing of the Norns was earned (1). The results of earlier efforts were realized, and a time of peace and happiness, fruitful season, was to be enjoyed (3).

The overall meaning and appearance of this rune is similar to the ancient symbol of yin & yang as a balance between active and passive forces. Jera is both cause and effect, and a natural balance between warm and cold (1) and a karmic give and take (2). Each of these natural phenomena allows for change and growth. The dark time of the year is just as vital for growth as the light, and too much heat can be just as damaging as too much ice. A flood can be just as devastating as a drought, despite the actual experience being completely opposite (1).

In divination, this rune usually implies good deeds which you have completed that will return to you as acts in your favor. Much like the harvest, one must put in the work to get the reward—and, as a harvest requires the preceding growing season, it acts as a reminder of patience (2). It can break through stagnancy with the promise of success earned (3). Jera Merkstave may reveal a sudden setback or reversal of luck. Perhaps a major change for which one is not prepared may come to pass (3). If positive work is done with Jera, a positive rewards will be earned. If the work is negative, however, the result will also be negative (2).

To work with Jera, inscribe this Rune on compostable material and include it in your planting. Allow it to work its Magick during the growing system and then reap the benefits upon the harvest time. This work can also be done with metaphorical planting- planting of knowledge into the mind, for instance. Draw this rune with a pencil into notebooks. Use your finger to draw it on sheet music and your piano. Draw it in the air with incense before you begin your next art project, home improvement, or recipe.